The store will not work correctly in the case when cookies are disabled.
Menu
Toggle Nav
Account
ASUS 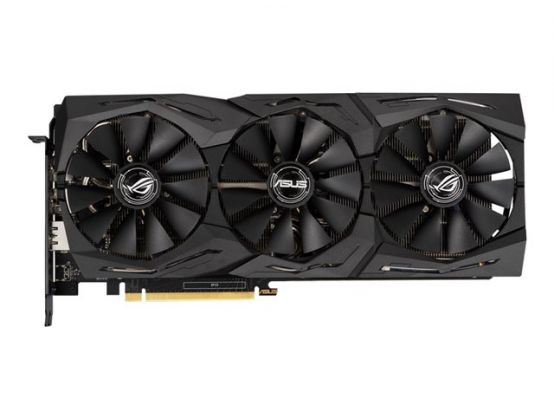 Skip to the beginning of the images gallery
Overview
Main features
Overview
The ROG Strix GeForce RTX 2060 teams up NVIDIA's A-list GPU with an elite cast of specialists, setting the stage for epic gaming action. Gargantuan power delivery provides the muscle to push overclocking boundaries, while cooling that's honed to perfection keeps the spotlight squarely on Turing's performance. And with an arsenal of utilities that allow you to customize and tweak this extreme hardware, you call the shots. The patented Wing-blade fan design is cool and quiet with 105% greater static pressure over the heatsink compared to traditional axial fans. IP5X dust resistance seals the fan's internals from particle ingress to keeps things running smoothly. 0dB technology allows fans to stop spinning when the GPU core temperature remains below 55 Celsius, letting you enjoy light gaming in complete silence . If temps rise, the fans automatically start up again. MaxContact is an industry-first technology that utilizes precision machining to create a heat spreader surface that makes up to 2X more contact with the GPU chip, resulting in improved thermal transfer. All ROG Strix graphics cards are produced using Auto-Extreme Technology, an automated manufacturing process that sets new standards in the industry by allowing all soldering to be completed in a single pass. This reduces thermal strain on components and avoids the use of harsh cleaning chemicals, resulting in less environmental impact, lower manufacturing power consumption, and a more reliable product overall. The engineers have boosted the ROG Strix GeForce RTX 2060's structural integrity by 3X with a metal brace that prevents excessive torsion and lateral bending of the PCB. The ROG Strix GeForce RTX 2060 features Aura RGB lighting on both the shroud and backplate. Get Aura Sync software to connect your compatible products for a completely customized gaming setup. You can sync to music, change color based on temperature, or select from a large number of patterns and static options, so make sure to look out for the Aura Sync logo when you're picking parts for your build.
Specification

There are currently no reviews for this product

Be the first to add a review