The store will not work correctly in the case when cookies are disabled.
Menu
Toggle Nav
Account 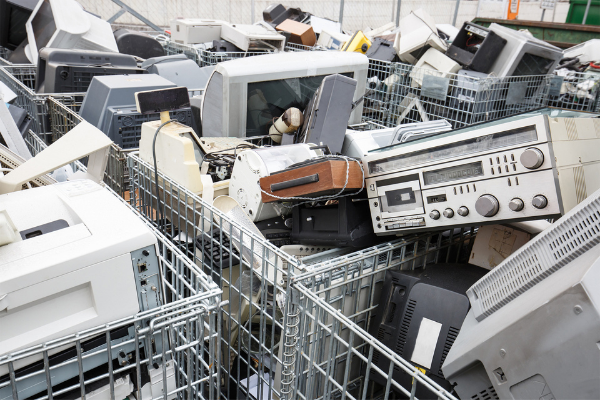 As a circular IT provider to UK public and private sectors for over 30 years, Stone Group is incredibly passionate about the power of technology and its ability to transform organisations, however, we’re equally passionate about making sure that the environment is not negatively impacted by it.

Stone Group calls for government intervention to the global e-waste crisis, demanding that IT resellers should do more to combat the problem

Electronic waste is the fastest-growing waste stream in the world, and an ever-growing problem both nationally and globally. In 2019 alone, 53.6 million metric tonnes of e-waste was generated  – the equivalent weight of 350 cruise ships. Just 17.4% of this was recycled responsibly, with the rest either sent to landfill, incinerated, or shipped abroad. This has led to the creation of the ‘informal recycling industry’ and ‘e-waste farms’ in developing nations and third world countries, where vulnerable people – many of them young children – are manually sorting, dismantling, and incinerating e-waste scraps, endangering their health and putting their lives at risk daily in exchange for pitiful payments.

And, although we may consider ourselves to be more advanced on environmental policies and innovations in the UK than some countries, on average, each person in the UK created 23.9kg of e-waste in 2019 , making us the second highest per capita in the world. The UK IT industry sells over £30 billion of equipment each year, just 17% of which is recycled.

Simply by recycling our small electricals rather than hoarding them or throwing them away, the UK could save 2.8 million tonnes in CO2 emissions – that’s the same as taking 1.3 million cars off the road and a crucial step towards our 2050 net zero target.

However, the shocking volume of e-waste being generated shows no signs of slowing, with researchers estimating that the global e-waste mountain will grow to 74.7 million metric tonnes by 2030. That’s more damage to the environment, wildlife, habitats, crops, and human health – particularly that of vulnerable and poverty-stricken children in third world countries. Urgent action is needed to help combat the enormous e-waste challenge we face, with real direction from the UK government to cement the vital changes needed.

While it’s positive to see the ‘right to repair’ due to become enshrined in law from this summer, and for producers to be forced to collect products and pay for their recycling, more needs to be done. IT resellers need to take more responsibility for their contribution to the e-waste challenge and face it head on.

Stone Group is calling for the UK government to make WEEE-compliance mandatory for all equipment resellers, and if they’re not able to take ownership of the IT asset disposal process on-site, they should be able to demonstrate that they work with a fully accredited zero to landfill partner to ensure that none of the equipment they’re responsible for ends up in landfill. In addition, IT resellers should make documentation publicly available each year, which reports on the volume of equipment collected from customers, and what has been done with it – whether it’s been securely wiped and donated, refurbished or recycled. Resellers should no longer be allowed to shrug off the issue or blindly outsource IT asset disposal to a third party with little or no knowledge of what happens to it next.

We believe that these additions to the law will help to tackle the e-waste issue from the roots, and massively reduce the volume of IT hardware being released into and damaging the environment. For years, resellers have profited from the sale of technology and contributed to the e-waste challenge,  now they should be forced to play their role in tackling and mitigating it.